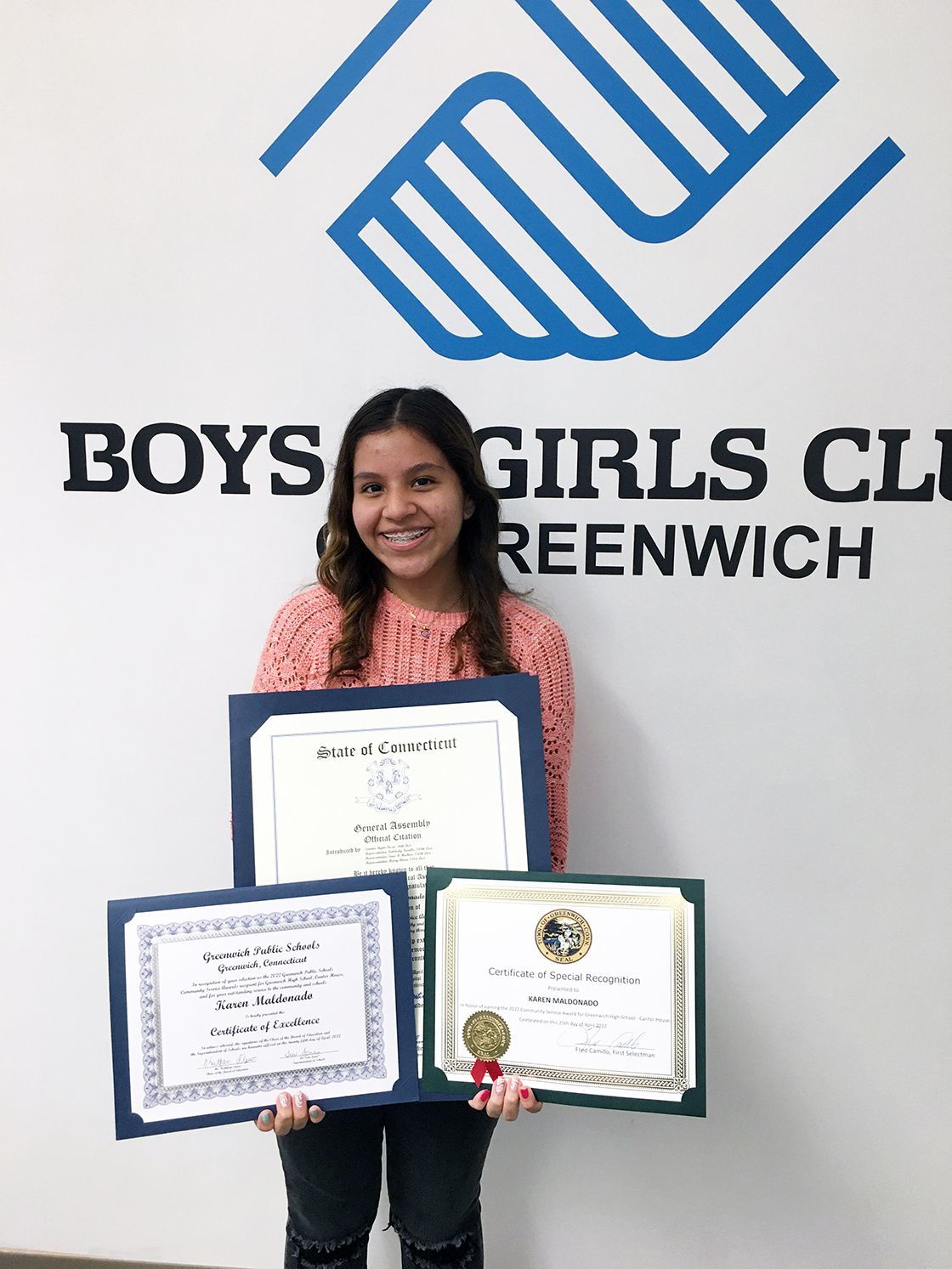 When Greenwich Public Schools announced the 2022 Community Service Awards on April 25, 13 out of 27 recipients were Boys & Girls Club of Greenwich youth! A 36-year tradition, the awards honor students’ commitments to their schools and the community. According to the Greenwich Time, Ernest Fleishman, who served as Greenwich’s superintendent of schools from 1976 to 1989, established the awards after seeing rows of trophies for athletics. He told Greenwich Time that he wanted the district to commend other student contributions as well.

Award winner Karen Maldonado, a senior at Greenwich High School who will be studying business administration at George Washington University in the fall, has been an active BGCG member since seventh grade. When asked about her commitment to community service, Karen said, “Being involved with Torch and Keystone Clubs at BGCG opened my eyes to the importance of volunteering.”

Congratulations to all of the award recipients! BGCG members honored with Community Service Awards:

Donato Impellizzeri of the International School at Dundee