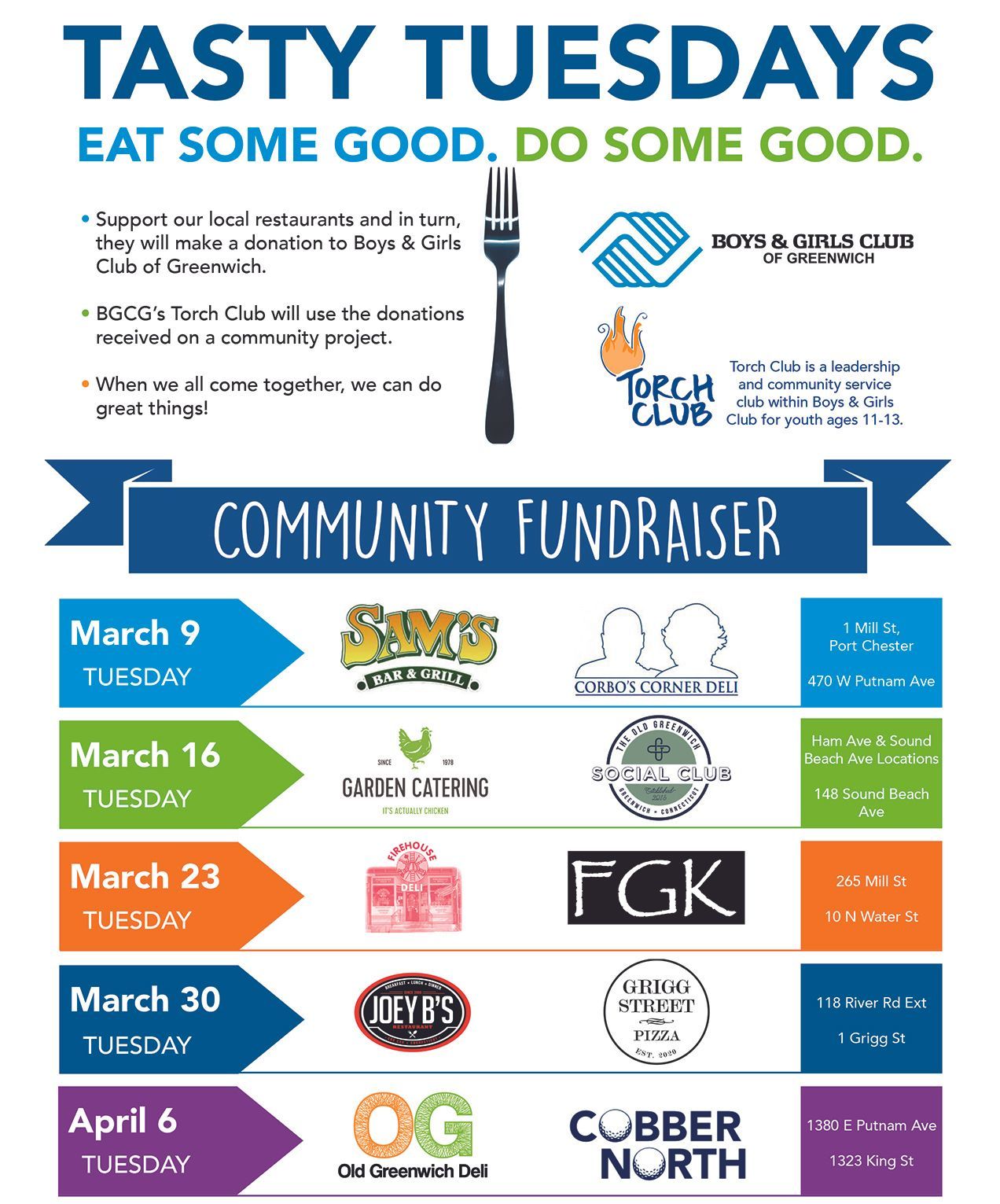 On Tuesdays through April 6, ten local restaurants are supporting Boys & Girls Club of Greenwich in an effort dubbed, “Tasty Tuesdays.”

On Tuesdays in March, and on April 6, when you support one of these 10 local restaurants, they will make a donation to Boys & Girls Club of Greenwich.

Then in turn, BGCG’s Torch Club will vote on a local project to support with the funds raised. Torch Club is a leadership and community service club within Boys & Girls Club for youth ages 11-13.

“When we all come together, we can do great things,” said Camryn Ferrara, who leads the Torch Club.